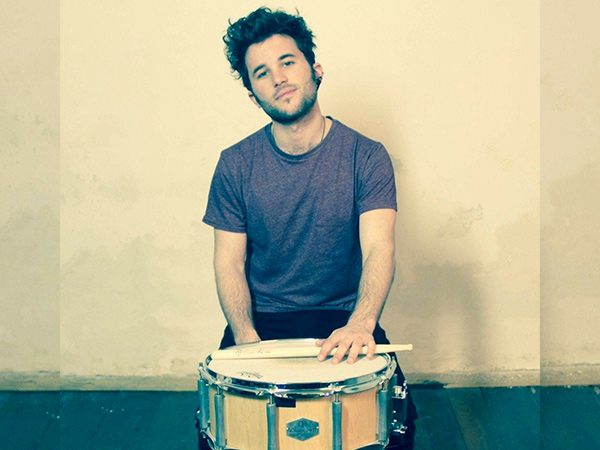 Drummer and composer, he was born in Rome in 1988. Music, since he was a child, occupies a prominent role in his life. He studied and graduated at the Academy of Professional Training Percento Musica in Rome in 2011 and, since the age of 20 years, he began his professional career. Since 2010 he has been Marco Mengoni’s drummer, whom he constantly follows on tour and for whom he has recorded several tracks as drummer and pianist.

In 2014 he founded Flim, an electronic post-rock band that already has an album under his belt and with which he is in continuous musical production. In 2015 he records the drums of “Loud Hailer”, ‘s last album. In 2015 he founded , a music production team that boasts works such as “Nice to meet you” ().

"I have always used Drum Art, because it is an artisanal and Italian product. The passion, knowledge and dedication with which Biancucci makes these fantastic snare drums seduced me and directed my choice. From the squeaky and lively tone of the 12" x 3.5 maple to the deep and warm tone of the 14" x 8 American cherry, the common denominator of these masterpieces is the definition of sound. Drum Art is unmistakeable."