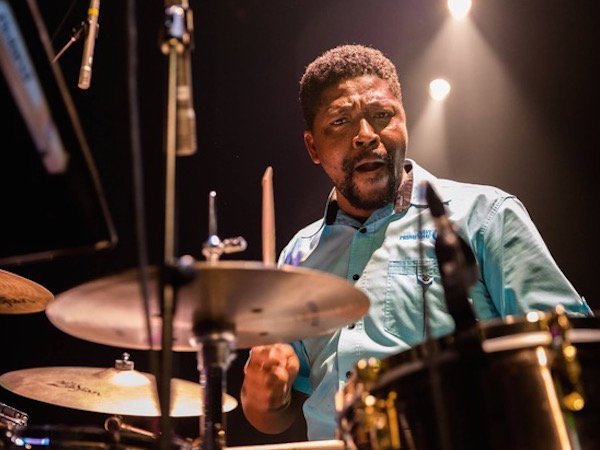 My name is Fitzroy ‘Dave Prime Time’ Green. I started playing professionally at the age of nineteen. I went to the Edna Manley College of the Visual and Performing Arts, where I did three-year Diploma in Caribbean Jazz and Latin.
I am currently recording and touring with top reggae artiste, Alborosie, who has massive followings spreading to all over the world.

My skill and ability as a drummer has enabled me to travel to many different countries, playing for many great reggae artistes. I have been afforded the opportunity to tour and record with the likes of artistes such as Papa San, Carlene Davis, Judy Mowatt, Marcia Griffiths, Luciano, Steel Pulse, Dean Fraser, John Holt, Chevelle Franklyn, Gregory Isaacs, Lloyd Parks and the We the People Band (former band of the late Dennis Brown), Michael Rose (formerly of Black Uhuru), Byron Lee and the Dragonnaires, Andrew Tosh (son of the late Peter Tosh), and many other artistes.