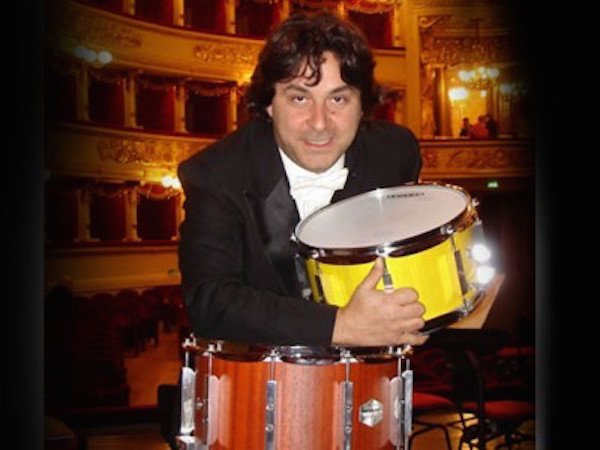 Giuseppe graduated from the Conservatorio Giuseppe Verdi with top honors, under the guidance of Maestro Campioni, percussionist of La Scala in Milan and the Philharmonic since 1985. Giuseppe is a regular member of La Scala ensemble, Zanchini trio, Danilo Rossi Quartet and the percussionists of the Scala. He has played under the direction of some of the greatest conductors in the world like Abbado, Muti, Maazel, Bernstein. As a drummer, he was chosen for the world tour of West Side Story.

Back to INTERNATIONAL ENDORSERS
Scroll to Top